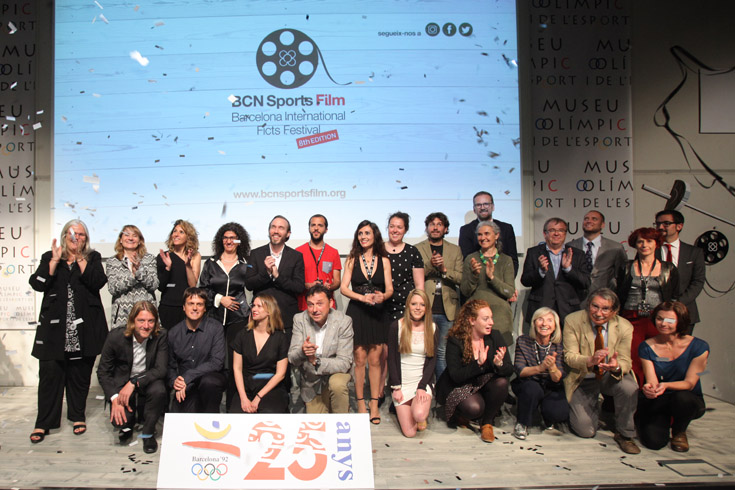 Barcelona has hosted – from 8th to 12th May – the eighth edition of “BCN Sports Film – Barcelona International FICTS Festival”. On the occasion of the 25th anniversary, the city of Barcelona celebrated with a special program of cultural and sports events which are designed to reflect the role that the Games of Barcelona ’92 Olympic played on the renaissance and development of the city. The Festival dedicated a special session to the ’92 Games to which participated some Olympic champions of all time, including judoka Miriam Blasco, first gold medal in the Spanish Olympic history (Barcelona ’92).

The event was organized – within the World Cinema and Sport Television Championship “World FICTS Challenge” – by the “Fundacio Barcelona Olimpica” directed by Dr. Juli Pernas Lopes (director of the Museu Olimpic i de l’Esport Joan Antoni Samaranch) in collaboration with Nikita Distribution, with the support of the FICTS, the Barcelona City Council and the Spanish Olympic Committee.

The jury, composed by Marta Clari (4th V. Mayor of Barcelona with responsibility to the citizens’ rights management), Jorge Barrio (producer and founder of Laimar Films), Luce Grosjean (producer and member of the Association Française du Cinéma d ‘Animation), Manuel Ibern (V. President of the Catalan Swimming Federation), Vicky Marco (film producer), decreed the winners of the Festival who will attend automatically in the World Final “Sport Movies & Tv 2017” scheduled in Milano from 15 to 20 November.

The FICTS President Prof. Franco Ascani participated in the “Opening Ceremony” scheduled at the Museu Olimpic i de l’Esport Joan Antoni Samaranch on Monday May 8th. Among the events: the discussion on “Sport, the Olympic Games and their place in the TV of the future” in the presence of producers, directors and professionals from the world of sport, including Paloma del Río (RTVE journalist that has participated in 14 editions of Olympic Games), José Ramón Díez (Director of the Opening and Closing Ceremonies in Barcelona in 1992, Sydney 2000, Athens 2004, Torino 2006, Beijing 2008, London 2012 and Sochi 2014) and Isidoro Moreno, Engineering Manager at Olympic Broadcasting Services (OBS ).

Inside the Museu Olímpic, in the Project “Olympic Images – Olympic Values – Olympic emotions through the world” promoted by FICTS in agreement with the IOC Foundation for Culture and Olympic Heritage, have been projected – during the period of the  Festival – the exclusive images of the Olympic Games of all time, a 45-minutes montage in order to promote, at international level, the Olympism, the Olympic Culture and “Sport for All”.

The Closing Ceremony of Festival, celebrated in the Olympic and Sports Museum Joan Antoni Samaranch, has been the rallying point between the worlds of cinema, sports, politics and society.

Penalty, a fiction shortfilm by Aldo Iuliano and produced by Andrette Lo Conte, was the winner of 8th  edition of the “BCN Sports Film – Barcelona International FICTS Festival”. Penalty: a group of young men is playing football in the middle of nowhere. David Escudé, President of the Fundació Barcelona Olímpica and Sports Commissioner for Barcelona’s City Council was the person who awarded the Amphora Barcelona City to this edition’s best film. There is much more at stake than simply the pleasure of  winning the game. Aldo Iuliano has collected the award. 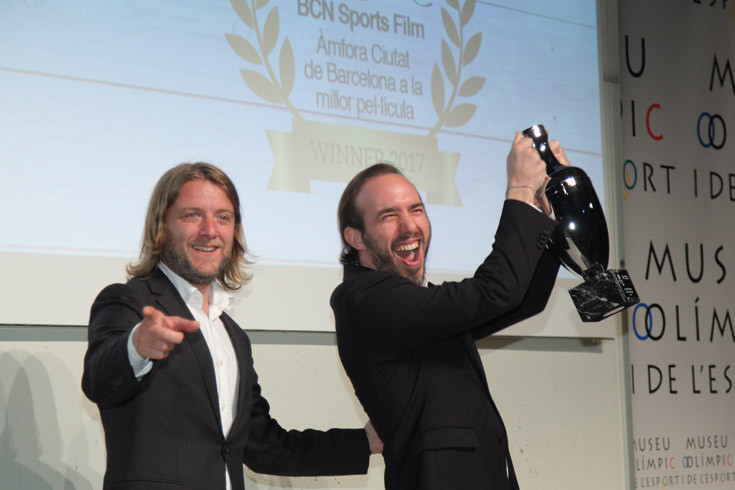 Special Award of the Jury: “Nadia Comaneci, la gimnasta y el dictador” (France, 2016). Jorge Barrio, Luce Grosjean and Vicky Marcó has awarded the prize to Pola Rapaport the director of the documentary. The special award of the jury – Jorge Barrio, teaches film scriptwriting and creativity in the Imval Audiovisual School and holds film workshops organised by the Vitoria-Gasteiz City Council, He founded the Laimar Production Company in 2009 and has produced more than 20 shorts working as producer, director and, occasionally, assistant director ; Marta Clari, is currently managing the Department for Citizens’ Rights, Participation and Transparency within the office of the 4th Deputy Mayor of Barcelona.; Luce Grosjean, producer and an active member of the AFCA (Association Française du Cinéma d’Animation); Manuel Ibern, a member of the Technical Committee of the International Swimming Federation (FINA) as well as Vice-president of the Catalan Swimming Federation; Vicky Marcó, Television, film and internet Producer – was for the movie “Nadia Comaneci, la gimnasta y el dictador” (France, 2016), directed by Pola Rapaport and produced by Roche Productions. Accepting the award was director Pola Rapaport.

This year the jury awarded a special mention to the shortfilm “We are the superhumans” (United Kinkdom, 2015), by Douglas Wilson. Blink Productions production. Vicky Marcó, gave the award to Lloyd Milen, Uk’s General Consul in Barcelona.

The other awards were: 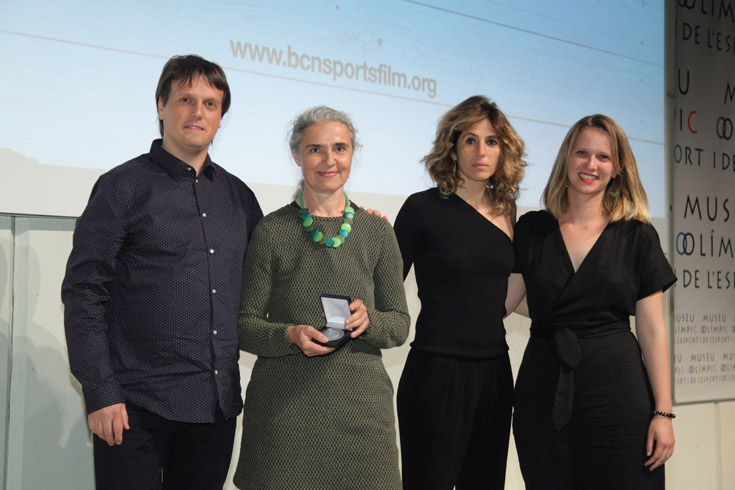 Maite Fandos, Deputy of Social Welfare of Barcelona, has awarded the prize to Claudia Kedney-Bolduc, the director of the documentary. Espartac Peran, was the master of ceremony in this 8th edition